We are open and accepting new patients. Read about our COVID safety measures. 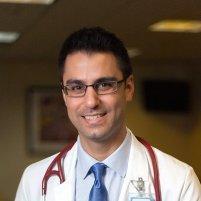 Nasal Polyps are often connected to allergies or asthma. Kevin Farnam, MD, an allergist serving patients in Pasadena, CA at his practice Adult and Children Allergy Asthma Center, can uncover the reason for the polyps and help patients feel better.

What Are Nasal Polyps?

Nasal polyps are small growths that develop inside the nose or the sinuses. Nasal polyps are typically seen in the area where the sinuses move into the nasal cavity. When nasal polyps develop, they are shaped like teardrops. They will grow over time, until they resemble peeled grapes at maturity.

Why do Nasal Polyps Develop?

Nasal polyps are most often the result of either allergies or asthma. They develop in people who have long term inflammation in their sinuses in most cases. It's also possible that there is a genetic connection in the development of nasal polyps. Some people seem to be more likely to develop nasal polyps if their parents or other close family members had them, too.

What Are the Symptoms of Nasal Polyps?

There are sometimes no symptoms or only minimal symptoms, especially in cases where the nasal polyps are still immature. If patients do have symptoms, they may include stuffy nose, post-nasal drip, pain in the sinuses, problems with the sense of smell, problems with the sense of taste, and chronic sinus infections. It's rare for nasal polyps themselves to cause pain, but the sinus infections they can trigger can result in significant pain.

How Are Nasal Polyps Treated?

The treatment for nasal polyps depends on whether they are causing problems for the patient. For people who suffer from allergies or asthma, nasal polyps can make symptoms much worse, so they do require treatment. The doctor will use a nasal endoscope to view the interior of the nose and sinuses, and may perform a biopsy of the polyp to rule out cancer before starting treatment. Corticosteroid sprays can be helpful in shrinking nasal polyps for some people. In other cases, an oral corticosteroid like prednisone is needed to deal with the nasal polyps. Dr. Farnam will create a customized nasal polyp treatment plan that will allow the patient to be comfortable again.

At Dr. Farnam's office, we accept most major insurance plans. Here is a short-list of just some of the most popular plans we accept. Please contact our office if you do not see your insurance provider listed.
Excluding these specific plans: Blue Cross Select PPO Health Net Enhanced Care PPO

Words from our patients